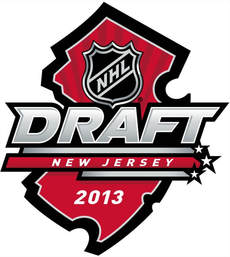 The 2013 NHL Entry Draft was held on Sunday, June 30, 2013 at the Prudential Center, home of the New Jersey Devils. The Colorado Avalanche won the draft lottery with Florida and Tampa Bay winning the second and third picks, respectively. Colorado selected center Nathan MacKinnon from Halifax (QMJHL) with the first overall pick.
​
The Pittsburgh Penguins, who finished the 2012-13 season with 72 points (36-12-0) and lost to the Boston Bruins in the Eastern Conference Finals, would draft 28th overall out of 30 teams in each round.