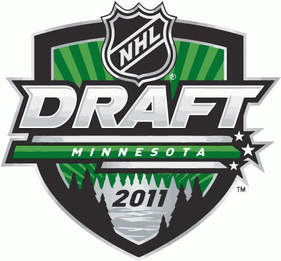 The 2011 NHL Entry Draft was held on Friday, June 24, 2017 (1st round) and Saturday, June 25, 2011 (2nd to 7th rounds) at the Xcel Energy Center, home of the Minnesota Wild. The Edmonton Oilers won the draft lottery with Colorado and Florida winning the second and third picks, respectively. Edmonton selected center Ryan Nugent-Hopkins from Red Deer (WHL) with the first overall pick.
​
The Pittsburgh Penguins, who finished with 106 points (49-25-8) and lost to the Tampa Bay Lightning in the first round of the 2011 Stanley Cup Playoffs, would draft 23rd overall out of 30 teams in each round.